BOUNTIFUL, Utah, June 14, 2019 (Gephardt Daily) — An officer of the Bountiful Police Department has been charged with assault, obstructing justice and additional crimes based on two incidents.

“On Oct. 20, 2018, the defendant used unlawful force or violence on another, causing bodily injury,” the probable cause statement says.

“The defendant then made verbal and written reports about the incident that were false, and that were submitted to or relied upon by government agencies that were or would be conducting an investigation.”

A probable cause statement filed in that case says that on Nov. 27, 2018, Newbold, “for an unlawful purpose, accessed the Utah Criminal Investigation database for warrants, NICI and Driver License information on an individual not associated with any investigation.

“The defendant then disseminated the protected records for an unlawful purpose. When questioned, the defendant claimed he accidentally sent it, but that was shown to be false through text messages he had sent.”

Newbold was booked and released from the Davis County Jail. His first case is in the pretrial conferences stage.

In the second case, Newbold’s arraignment is set for June 28 in 2nd District Court, Farmington. 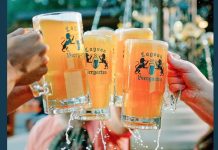