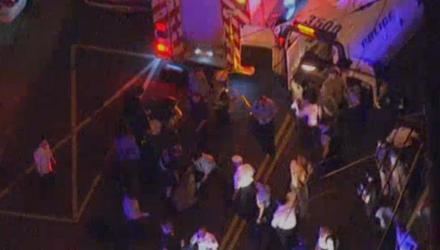 PHILADELPHIA, May 12 (UPI) — Multiple people were injured Tuesday evening when several cars of an Amtrak train derailed in Philadelphia.

Officials told WCAU-TV in Philadelphia that between eight and ten cars of the train derailed in the 2000 block of Wheatsheaf Lane.

The train was traveling from Washington, D.C., to New York.

Former U.S. Rep. Patrick Murphy, D-Pa., tweeted that he was on the train at the time of the crash.

“I’m on @Amtrak train that just crashed. Im ok. Helping others. Pray for those injured,” he wrote.