WASHINGTON, Nov. 27 (UPI) — One company is especially happy with the space mining legislation signed into law on Wednesday, the company that stands to profit the most.

Founded in 2010, the company’s aim is to “expand Earth’s natural resource base.” In other words, they’re aiming to extract water, minerals and other valuable materials from asteroids and sell them.

The Space Act grants private companies protected ownership of materials extracted from celestial bodies — but not the bodies themselves.

The company has been lobbying Congress to offer some legal clarity, as their investors have voiced concerns over potential conflict between the company’s mission and the Outer Space Treaty of 1967, which declares, among other things, “states shall avoid harmful contamination of space and celestial bodies.”

“There are many investors who had questions about this issue,” Chris Lewicki, president and chief engineer of Planetary Resources, told Space.com.

“Now, with this milestone behind us, we can continue those conversations with the support of United States law,” Lewicki continued. “That, again, is a very solid framework on which to talk about what we can do next to continue to grow the industry and the opportunity.”

Planetary Resources and the politicians sponsoring their cause framed the legislative victory as a win for the principles of Adam Smith.

“This is the single greatest recognition of property rights in history,” Eric Anderson, Planetary Resources co-founder, said in a press release. “This legislation establishes the same supportive framework that created the great economies of history, and will encourage the sustained development of space.”

Deep Space Industries, another company with asteroid-mining ambitions, is also happy about the news.

But some lawyers aren’t certain the law will stand up to scrutiny.

The 1967 treaty reads: “Outer space, including the moon and other celestial bodies, is not subject to national appropriation by claim of sovereignty, by means of use or occupation, or by any other means.”

The agreement also specifies that harvesting of space-based resources must be done “for the benefit and in the interests of all countries.”

Ram Jakhu, a professor at McGill University’s institute of air and space law, told the Canadian Broadcast Company he thinks the new law is direct violation of the treaty.

“My view is that natural resources [in space] should not be allowed to be appropriated by anyone — states, private companies, or international organizations,” Jakhu said.

Other lawyers disagree, claiming both that asteroids don’t qualify as “celestial bodies” and that mining isn’t “appropriation.”

Critics say citing free market truisms and quibbling over the definition of words is a distraction from the new legislation’s obvious contradiction of the intent of previously international agreements.

“The idea that American companies can on the basis of domestic laws alone systematically exploit mineral resources in space, despite huge environmental risks, really amounts to the audacity of greed,” Gbenga Oduntan, an international law expert at the University of Kent, wrote in an op-ed for The Conversation.

Whether or not the new law is philosophically or legally sound might be irrelevant. The United States has been gearing up for space-based resource extraction for decades, and there may be little the international community can do to police such activities. 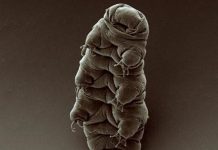 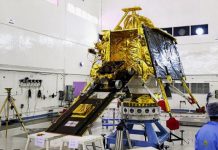 India aims to become 4th nation to land on moon 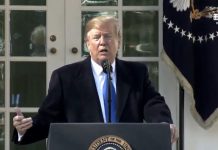