WASHINGTON, Jan. 23 (UPI) — New York City and Long Island are under a travel ban Saturday afternoon as a powerful snowstorm creeps up the eastern seaboard, bringing widespread flooding and several feet of snow with winds up to 60 mph. Up to 11 people are dead and thousands are without power.

Gov. Andrew Cuomo instituted the ban effective 2:30 p.m. on Saturday including all roads and mass transit including subways, major highways through New York City and Long Island and tunnels and bridges into and out of the city. Cuomo warned drivers could face a fine if caught on the road.

“This is a major storm and travel conditions throughout downstate New York are dangerous. We are doing everything possible to keep the roads and mass transit operational, but unless there is an emergency people should not be traveling,” he said.

Already the storm has dumped feet of snow up the eastern seaboard. It is expected to reach its peak impact on Saturday afternoon with blizzard warnings in effect for several major cities including Washington D.C., Baltimore, Philadelphia and New York City.

Government officials in the affected areas urged residents to stay inside, as D.C. Mayor Muriel Bowser noted that the storm is predicted to be one of the worst in almost a century.

“We’ve had a forecast we haven’t seen in 90 years,” Bowser said on Friday. “It has life and death implications.”

Up to 11 deaths have been reported across the affected states with automobile accidents as the major cause. Six of the deaths were in North Carolina, while states that include Tennessee, Arkansas and Kentucky had one each. Virginia police responded to 989 traffic crashes and 793 disabled vehicles on Friday according to WUSA. An additional 1,274 traffic collisions were reported in North Carolina.

Snowfall of up to a foot or more has fallen in areas spanning Virginia to New York and strong winds causing power outages and coastal flooding along the Atlantic coast. By Saturday afternoon, some 200,000 power outages were reported in New Jersey and the Carolinas. Early in the day, Dominion Virginia Power reported up to8,000 customers without power.

Mayor Bowser urged citizens to remain inside as low visibility could cause increased risk of collision with snow clearing crews.

“There are too many people on the streets, both driving and walking,” she warned.

Greenville police department in North Carolina also warned of black ice, urging residents to stay off of the roads.

Wind gusts as strong as 85 mph have been recorded in Virginia, with Delaware seeing top speeds of 73 mph according to the Weather Channel.

The strong winds caused by the storm, in combination with high tides caused coastal flooding in areas stretching from Virginia to New England.

50 people were forced to evacuate their homes in Atlantic City due to “significant flooding”.

More than 5,000 flights have been delayed or cancelled as a result of the storm, FlightAware.com reported. Baltimore/Washington International Airport ceased operations completely.

The storm caused a 35-mile traffic jam on Southbound I-75 in Kentucky, leaving drivers stranded for more than 17 hours. Kentucky state police arrived on the scene to deliver food, water and other supplies to stranded drivers and shelters were set upon the area for stranded travelers.

On a lighter note, House Speaker Paul Ryan‘s live feed from his office is providing some insight into the falling snow with some funky music and adorable panda Tian Tian played in the snow at the National Zoo. 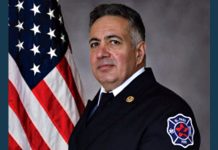