SANDY, Utah, March 8, 2019 (Gephardt Daily) — A Sandy mother has been charged with aggravated homicide in the death of her 7-year-old son.

Reyna Elizabeth Flores-Rosales, 31, has been charged with:

Sandy City Police responded to Flores’ residence on Feb. 25 after she reported that her son had been in the shower for an hour when she found him, unresponsive.

Officers arrived to find the child on the living room floor, and reported he was not breathing and had no pulse.

“They noted multiple injuries and scars on the boy’s body in various stages of healing,” says a probable cause statement filed by a Sandy Police officer.

“The child had older burns on parts of his body as well as what appeared to be scars or ligature marks on his neck. He had scrapes and cuts on his nose, ear, and hands and deeper wounds on his left leg, left hand, and armpit.” Officers noted he had others sores as well.”

CPR was initiated, and the child was transported to Alta View Hospital before being flown to Primary Children’s Hospital.

“A CT scan was performed and significant head trauma was revealed,” the statement says. “Doctors at Primary Children’s confirmed that the injuries to the head were caused by
a person in one single event. They ruled out an accident as a possible cause. They compared the damage and the bleeding on the brain to what is seen in shaken baby syndrome.”

Flores told officers that “N.C. had ‘gone’ in his diaper. She then put him in the shower to clean him up. She said that nearly an hour later, she found him slumped over on the shower floor, not breathing.

Investigators noted that there was very little water outside the shower, which only had a curtain to keep water in.

The child succumbed to his injuries and March 2, the Utah Office of the Medical Examiner announced the child’s cause of death was blunt force trauma, and ruled it a homicide.

Flores confirmed in a hospital interview that she was alone in her residence with the boy and her 10-month-old child when the incident occurred.

Flores is being held in the Salt Lake County system without bail. She has a history of fleeing from police, and has family in her native Honduras, but no remaining ties to Utah, so she was determined to be a flight risk. 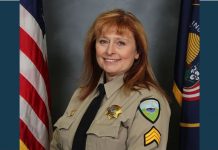 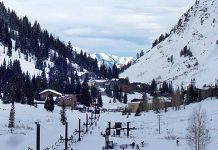 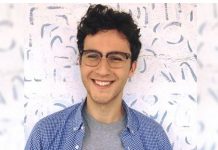