UINTAH COUNTY, Utah, Oct. 31, 2019 (Gephardt Daily) — The treasurer for a Uintah County Children’s Justice Center allegedly stole some $145,000 from the organization over 10 years, according to court documents.

A probable cause statement from the 8th District Court of Vernal said Michelle Lyn Coon, 41, is facing a charge of theft — value equals or exceeds $5,000, a second-degree felony.

Officials were contacted by agencies in Uintah County to investigate a theft case involving money being taken and used illegally from the Friends of Uintah & Daggett County Children’s Justice Center, the statement said. The arresting officer spoke with an employee over the phone and she told him she became aware of some suspicious charges on an account when she was taking care of some banking.

Employees then went to the bank and got the statements for the account back to 2012 and went over the charges from each month and year forward.

“After looking through the account for charges or withdrawals which were not authorized, it was discovered the unauthorized amount of charges and withdraws came to over $145,000,” the statement said.

The officer then went through the banking statements and “noticed charges to all kinds of fast food restaurants, shoe stores, clothing stores, online stores, phone charges and more,” the statement said. The ending numbers on the credit card matched a card issued to Coon. The arresting officer also found copies of checks made out to Coon for thousands of dollars, the statement said.

The arresting officer met with Coon at the Vernal Police Department. After being read her Miranda rights, Coon agreed to speak with the officer.

“I told her I was looking into a case dealing with something that involved her and happened in her area,” the statement said. “I asked Michelle if she knew what I was talking about and she told me she did. When I asked her what she thought it was about she told me it was about the CJC money. I then asked her to tell me about the money and what happened.”

Coon admitted she had taken money from the CJC account she was in charge of by way of withdrawing from ATMs, debit card use and writing checks to herself.

“She told me it started out as just a little but then described it to me as she was addicted to buying stuff kind of like a drug user would be,” the statement said.

“Michelle told me she estimates she has been doing this for at least 10 years and also verified she was the only one who knew about her taking the money. When I asked her if she would be surprised if I told her the amount over time came to over $145,000 she told me that seemed about right.”

The arresting officer asked Coon if she had done this to any other charities or businesses and she said she hadn’t. Coon was taken to the Uintah County Jail, with her bail set at $5,000. 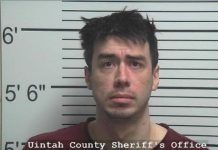 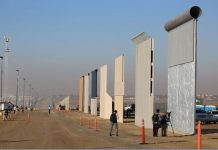