March 7 (UPI) — As negotiators met for a third round of peace talks on Monday, fighting intensified, including reports of medical facilities being hit and the mayor of a town being killed by Russian troops.

Russian forces continued to pummel various parts of Ukraine and try to make their way to the capital, Kyiv.

“Considering the catastrophic humanitarian situation and its dramatic deterioration in the cities of Kiev, Kharkov, Sumy and Mariupol, and also at the personal request by president of the French Republic Emmanuel Macron … the armed forces of Russia announce a cease-fire … for humane purposes and are opening humanitarian corridors,” the Russian Inter-Agency Humanitarian Response Coordination Center said, according to the state-run TASS news agency.

Safe corridors meant to allow Ukrainian civilians to flee the country, which were negotiated in the second round of talks, have failed to materialize and Ukraine has blamed Moscow for firing on civilians in attempts to evacuate large cities.

Ukrainian officials have rejected the refugee corridors proposed by Moscow, partly because they would funnel the refugees to either Russia or Russian ally Belarus.

“Providing evacuation routes into the arms of the country that is currently destroying yours is nonsense,” Britain’s Minister of State for Europe and North America James Cleverly said, according to USA Today.

The mayor of the Ukrainian town of Hostomel and two of his associates were killed by Russian forces as they delivered food to neighbors, according to a town council Facebook post on Monday.

The post said troops fired on Mayor Yuriy Prylypko, and his associates, Ivan Zorya and Ruslan Karpenko unprovoked, according to Radio Free Europe-Radio Liberty. While most of the 16,000 had left, the town remained a focus of Russian forces because of its nearby airport.

The WHO said at least 14 attacks on the country’s healthcare facilities and classified two more attacks as “possible” resulting in at least nine deaths and 16 injuries.

“WHO strongly condemns these attacks,” the organization said, according to the Washington Post. “Attacks on healthcare violate international law and endanger lives. Even in times of conflict, we must protect the sanctity and safety of health care, a fundamental human right.”

“The federal government has been for months working urgently with its partners in the European Union and beyond to develop alternatives to Russian energy,” Scholz said, according to The Guardian. “This cannot be done overnight.”

The United Nations refugee agency said Sunday that more than 1.5 million Ukrainians have fled to other countries to escape the violence.

“This is now the fastest growing refugee crisis since World War II,” the agency said in a tweet. “In the coming days, millions more lives will be uprooted unless there is an immediate end to this senseless conflict.”

The refugee number was at 1 million on March 2.

European Commission President Ursula von der Leyen said Monday discussions have started for a new round of sanctions against Russia for attacking civilians.

“We have to make sure the effect of the sanctions is maximized,” von der Leyen said in a video posted to Twitter. “And given the Kremlin’s recklessness toward civilians, we are working on further sanctions.”

Ukrainian Defense Minister Oleksiy Reznikov said Monday more than 140,000 Ukrainians, mostly men, have returned from Europe since the start of the war to fight. He noted that thousands have joined Kyiv’s Territorial Defense Forces.

Reznikov said the Ukrainian government has also called on foreigners to join them in their fight against Russia. 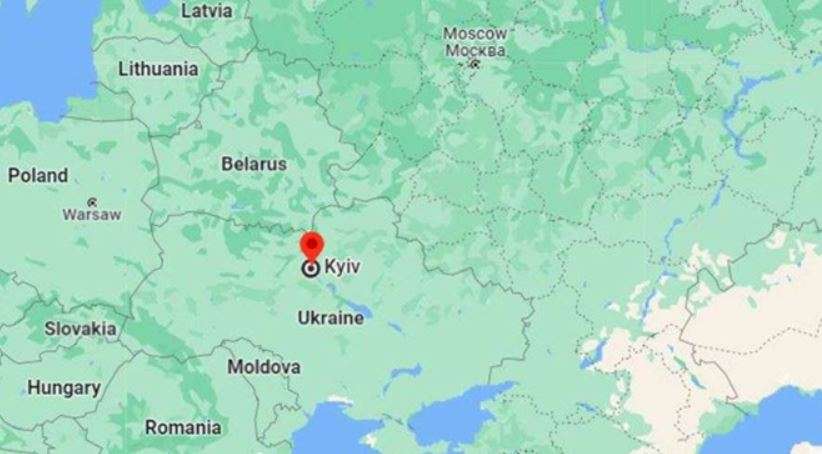