MIAMI, Florida, May 30, 2021 (Gephardt Daily) — At least two people were killed early Sunday morning, and more than 20 others were wounded, after a mass shooting at a Miami club.

Local media are reporting that an SUV pulled up to a banquet hall that had been rented out and began shooting into the crowd.

Miami-Dade Police Department Director Alfredo Ramirez III tweeted that the shooting was “targeted and cowardly,” and that police are searching for the shooters.

“These are cold blooded murderers that shot indiscriminately into a crowd and we will seek justice,” tweeted the director.

Gephardt Daily will continue to update this breaking news as more information is released. 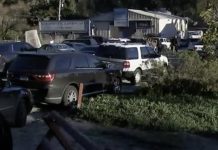 7 killed in mass shooting in California’s Half Moon Bay; suspect in custody