It’s a deal almost irresistible; zero percent interest for a year-or 90 days same as cash. A great option if you’re able to pay it off in those 90 days, but if not watch out. Many of the big-name retailers who offer those so-called special financing deals charge what’s called deferred interest. That means if you’re late you’ll be zinged for the full interest rate on your entire original balance. It doesn’t matter how much of it you’ve paid off.

Let’s say you get a store card promising zero interest for six months, but defaults to 20-percent when that time is up. Then you pay back $799 dollars of the $800 you racked up on the card by the end of the six-month period. Even though you only owe one measly buck, you will get charged with $55 for interest. Had you used a traditional credit card, you’d only have to pay two-dollars in interest.

Cardhub.com found nearly half of the retailers who offer deferred interest options were not forthcoming about the terms. The Consumer Financial Protection Bureaus says lenders must tell you the deadline to pay off your balance to avoid deferred interest. That info is required to be on the front page of your bill. 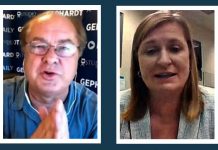