The so-called Loma Fire broke out about 3 p.m. Monday when temperatures in the Santa Cruz Mountains were over 90 degrees. The fire is 5 percent contained as of Monday evening, and could grow as much as 5,000 acres overnight, according to Cal Fire.

The blaze has already destroyed one structure and threatens at least 300 homes with more than 300 people evacuated.

The fire could be seen as far away as San Jose and Monterey.

About 200 firefighters from multiple agencies are on scene with a DC-10 tanker dropping fire retardant on the area.

The cause of the wildfire is not known. 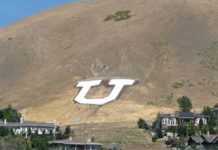 University of Utah invited to join Association of American Universities 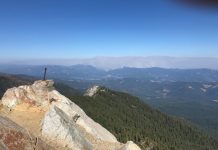