Sept. 23, 2019 (UPI) — A batch of thunderstorms AccuWeather meteorologists have been tracking since they formed over Africa became Tropical Storm Lorenzo early Monday and is likely to become the next hurricane of the 2019 season.

Lorenzo joins Jerry and Karen in the Atlantic basin. There is now a trio of active tropical storms spinning in the basin at the same time, and the latest addition could intensify quickly.

“Lorenzo may not only become the next hurricane over the Atlantic, but could become the season’s next major hurricane this week,” AccuWeather Hurricane Expert Dan Kottlowski said.

Steering winds will guide Lorenzo on a west-northwest track into the middle of this week.

“Later this week, steering winds may be such to steer the then-hurricane on a more northwest path,” Kottlowski said.

“If this track holds up, the storm may avoid the islands of the northeastern Caribbean.”

However, since there is always a possibility of steering winds changing over time, interests over the Lesser Antilles, the Bahamas and waters along the coast of North America, as well as mid-ocean shipping, should monitor the progress of Lorenzo. 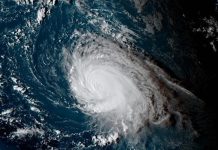 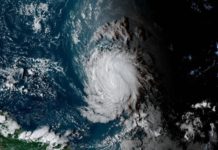