PAYSON, Utah, March 29, 2020 (Gephardt Daily) — A suspect has been arrested in the violent aggravated robbery of a couple at their home in Payson early Sunday morning and is facing multiple felony charges in the incident.

Payson Police officers responded at 2 a.m. Sunday to Mountain View Hospital, where a 46-year-old man had been transported after being stabbed in the chest with a screwdriver.

The man and his 46-year-old wife, who was not injured, were victims of an aggravated robbery.

The couple reported to police that a man forced his way into their home and pointed a gun at them. He demanded money and other valuable items.

“While inside the residence, the suspect caused damage to the property and took property from within the residence,” a news release from the Payson Police Department says. “The suspect demanded the victim’s cellphones to prevent them from calling law enforcement.

The victim’s chest was punctured by the screwdriver, which X-rays showed was touching the victim’s heart.

The couple gave officers a description of the suspect, and a family member of the victims called police and identified a possible suspect, who is related to the victims.

The suspect, identified as Kayden Loveall, of Payson, was located and police say he matches the description provided by the victims.

Loveall also was in possession of property taken from the victim’s home and the handgun used in the robbery.

Police say Loveall is not cooperating with law enforcement.

According to the news release, the male victim was transported to Utah Valley Regional Medical Center and is in stable condition.

Kayden Loveall has been booked into Utah County Jail and is facing charges of: 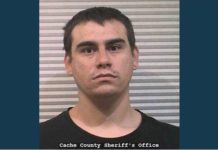 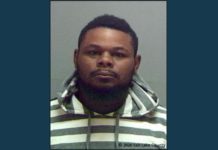 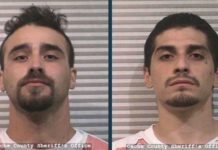