SALT LAKE CITY, Utah, May 20, 2019 (Gephardt Daily) — Authorities in Arizona are reporting a possible break in the kidnapping of a Jerome, Idaho teenager believed to have been abducted by a former boyfriend.

According to a statement by the Idaho State Police, Sandra Rios-Chavez was kidnapped about 6 p.m. Sunday in the parking lot of the Wendy’s restaurant where she worked, at 2816 S. Lincoln Ave. in Jerome. Police said the teen was taken against her will and they believe she may be in danger.

Monday night the Arizona Department of Transportation issued a statement saying the ex-boyfriend’s phone was ‘pinged’ by a cell tower near Kingman, Arizona. It’s believed he may be heading to Mexico where he’s known to have friends.

The suspected kidnapper is 18-year-old Miguel R. Rodriguez-Perez. Investigators say he and Rios-Chavez had a previous relationship, but a no-contact restraining order had been in place for months.

The couple was initially thought to be headed toward Las Vegas in Rodriguez-Perez’s black 2015 Audi A4 4D with Idaho license plate 2J83179.

Miguel R. Rodriguez-Perez has black hair, brown eyes, is 6 feet tall and weighs 180 pounds. He has tattoos on both arms.

Anyone with information on Rios-Chavez’s whereabouts is asked to call Idaho State Police at 208-324-4328 or to dial 911. 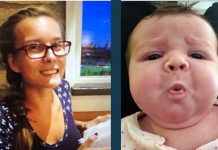 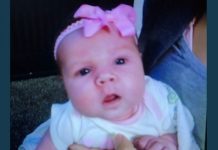 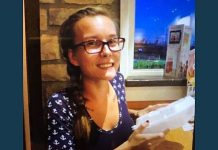