No injuries have been reported, and damage to structures is relatively minimal according to early reports, Herbert said, at a news conference where emergency response and law enforcement leaders also spoke.

The earthquake struck at 7:09 a.m., and according to the U.S. Geological Service the epicenter of the quake was about 6.27 miles beneath the surface.

A major concern is the panic caused by false rumors, officials reiterated.

A tweet from Utah Emergency Management at 10:15 a.m. said: “We’re here to stop rumors: People have been saying that officials are predicting an earthquake in the next 30 minutes. THIS IS NOT TRUE. Earthquakes cannot be predicted, we are 95 percent certain that this was the main shock.”

Emergency officials also reassured residents there is only about a 5 percent chance that another earthquake will occur imminently.

Salt Lake City Airport is closed after the quake hit.  A tweet from the Salt Lake City International Airport at 9 a.m. said: “The airport is not currently operational. The FAA tower, terminals and concourses have been evacuated. The road to the airport has been opened, so that passengers can be picked up.”

A follow-up tweet at 11:30 a.m. said “Airport facilities are structurally sound. General aviation and cargo will be allowed to arrive and depart. More information on commercial flights will be available later.”

A sizable water line break in concourse D was a contributing factor to the airport’s shutdown. It’s expected to be repaired shortly.

The airport also had to be re-sterilized and re-swept as a precaution against the coronavirus outbreak.

Utah Transit Authority said in a tweet at 10:23 a.m. TRAX is experiencing power outages and is not running at this time.

“Due to the earthquake and the aftershocks ALL TRAX trains are halting service until further notice,” the tweet said. “Currently unsure when TRAX service will resume. Vans are being sent out to pick up customers, who are stranded at stations, to get them where they need to go.”

Another tweet from UTA said FrontRunner is also running at restricted speeds while crews inspect the line for damage. “A van bridge is temporarily in place between North Temple and Woods Cross,” the tweet said. “All other trains are running at reduced speed. Please add extra time to your commute to accommodate for delays.”

Utahns are also being warned to take extra care following the earthquake.

“At this time, stay away from the outside of buildings where weakened facades may fall during an aftershock,” said a tweet from Be Ready Utah. “Take this time to check your home or building for cracks in the foundation or leaks in water or gas lines. IF gas leak, GET OUT and shut off the gas from outside. Call 911.”

A tweet from Utah Emergency Management said: “Do not immediate turn off your gas unless you have obvious damage to your gas lines and can either hear gas or smell gas escaping.” A second tweet from the same organization said: “Reminder: It is always better to Drop Cover and Hold on during an earthquake. A doorway provides no extra protection to you.”

The Utah Department of Health also tweeted that due to evacuations at call centers, the Utah COVID-19 information line is down until further notice.

A temporary COVID-19 information line is available at 1-844-442-5224, and Utah residents are asked to call this line with questions until further notice.

Gephardt Daily will have more on this developing story throughout the day. 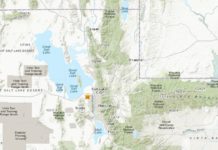 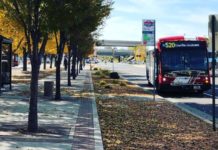 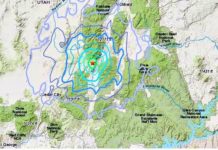