MANILA, Nov. 8 (UPI) — Philippines President Rodrigo Duterte said he has canceled the purchase of 26,000 assault rifles from the United States after the sale was halted by the U.S. State Department.

The weapons were to be used by the Philippines National Police, which is on an aggressive and violent anti-drug campaign that has spiked police killings. The State Department last week halted the sale of the weapons after Maryland Sen. Ben Cardin, the top Democrat on the Foreign Relations Committee, said he would block the sale.

On Monday, Duterte said he ordered the Philippines National Police to cancel the purchase.

“I would like to announce now, that the … 26,000 M16s that was maybe ordered, or were ordered already, I am ordering its cancellation,” Duterte said. “We will just have to look for another source that is cheaper and maybe as durable and as good.”

Previously, Duterte suggested he would purchase weapons from Russia if the United States blocked the sale.

“We will not insist in buying expensive arms. We can always get them somewhere else,” Duterte added on Monday.

Officials in the Philippines said about 3,500 people have been killed and nearly 20,000 have been arrested since the start of Duterte’s “war on drugs,” but human rights organizations, such as Amnesty International, have said the toll is much higher — prompting Cardin’s call to block the sale. 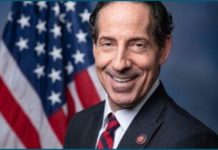