April 13 (UPI) — Global oil producers on Sunday reached a deal to cut production worldwide by 10 percent in response to a drop in demand amid the COVID-19 pandemic and a price war between Russia and Saudi Arabia.

As part of the deal, the group of 23 nations known as OPEC+ — including members of the Organization for Petroleum Exporting Countries and allies — agreed to cut production by 9.7 million barrels from the global market per day.

The United States, Canada, Brazil and other G20 countries that are not part of OPEC also agreed to hold back a collective 3.7 million barrels of oil a day.

Mexico had previously held up the deal after rejecting a request to cut 400,000 barrels per day. Ultimately, Mexico will hold back 100,000 barrels a day as the United States offered to compensate by withholding 300,000 barrels itself.

It wasn’t immediately clear if that figure accounted for the United States’ total cuts or if it would come in addition to agreed-upon reductions.

U.S. President Donald Trump, who had been in talks with Russian and Saudi leaders to negotiate the deal, hailed the move in a tweet on Sunday.

“This will save hundreds of thousands of energy jobs in the United States. I would like to thank and congratulate President Putin of Russia and King Salman of Saudi Arabia. I just spoke to them from the Oval Office. Great deal for all!” 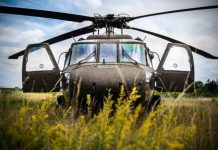