SAN FRANCISCO, Nov. 15, 2018 (Gephardt Daily) — The StarKist Company has agreed to plead guilty for its role in a conspiracy to fix prices of packaged seafood sold in the United States, the Department of Justice announced Thursday.

According to a one-count felony charge filed today in the U.S. District Court for the Northern District of California in San Francisco, StarKist and its co-conspirators agreed to fix the prices of canned tuna fish from as early as November 2011, through at least as late as December 2013.

In addition to pleading guilty, StarKist has agreed to cooperate in the investigation.  StarKist faces a criminal fine of up to $100 million. The amount of StarKist’s fine will be determined at a sentencing hearing and the plea agreement is subject to court approval.

“The conspiracy to fix prices on these household staples had direct effects on the pocketbooks of American consumers,” said Assistant Attorney General Makan Delrahim of the Justice Department’s Antitrust Division.

“All Americans have the right to the benefits of free and open competition — the best goods and services at a price free from collusion.  We will continue to hold companies and individuals who cheat consumers accountable.”

“Our citizens’ confidence in the ability to buy goods within an unbiased market is key to sustaining an efficient and fair economy,” said Special Agent in Charge John F. Bennett, FBI San Francisco. “This investigation stands as a symbol of our commitment to holding corporations and senior leadership accountable and ensuring that activities such as price fixing will not be tolerated.”

Six charges have resulted from this federal antitrust investigation into the packaged seafood industry, which is being conducted by the Antitrust Division’s San Francisco Office and the FBI’s San Francisco Field Office.

Anyone with information on price fixing, bid rigging or other anticompetitive conduct related to the packaged seafood industry should contact the Antitrust Division’s San Francisco Office at 415-934-5300, visit www.justice.gov/atr/contact/newcase.html, or call the FBI tip line at 415-553-7400. 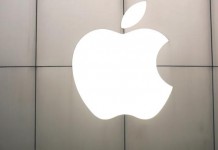