May 22 (UPI) — Chloroquine and hydroxychloroquine offer no clinical benefit for people with COVID-19 and might cause serious heart-related side effects, according to a study published Friday in The Lancet.

People with severe illness caused by the new coronavirus, SARS-CoV-2, treated with either drug — either alone or with an antiviral medication — were up to twice as likely to die than those in the control group, which received standard, supportive care, the researchers found.

Those who died did so either as a result of COVID-19 or from side effects from treatment, the authors said.

“This is the first large-scale study to find statistically robust evidence that treatment with chloroquine or hydroxychloroquine does not benefit patients with COVID-19,” co-author Dr. Mandeep R. Mehra, executive director of the Brigham and Women’s Hospital Center for Advanced Heart Disease in Boston noted in a press release.

Both drugs, used to treat malaria, have been touted by President Donald Trump and others, including billionaire Elon Musk, as a potential treatment for COVID-19, the disease caused by SARS-CoV-2, or to prevent infection. Their praise has come despite a lack of scientific evidence.

Trump told reporters earlier this week that he had started to take hydroxychloroquine, apparently going against advice from health officials at the U.S. Centers for Disease Control and Prevention and the U.S. Food and Drug Administration.

For their research, Mehra and his colleagues analyzed data from 96,032 patients with laboratory confirmed SARS-CoV-2 infection at 671 hospitals. All those included in the study either had been discharged or had died by April 21.

Patients from each of these four groups — more than 15,000 in all — then were compared with the remaining control group of 81,144 patients.

They found that roughly one in six patients — 16 to 18 percent — treated with either chloroquine or hydroxychloroquine alone died in the hospital, compared to about one in 11 — or 9 percent — in the control group.

When the drugs were used in combination with a macrolide antiviral medication, the death rate rose to more than one in five for chloroquine and nearly one in four for hydroxychloroquine.

After factoring in a number of variables — including patient age and overall health — the researchers estimated that the excess risk associated with the use of regimens containing chloroquine or hydroxychloroquine ranged from 34 percent to 45 percent.

However, they cautioned that it is not possible to exclude the possibility that other, unmeasured factors were responsible for the apparent link between treatment with these drugs and the decrease in patient survival.

The team also found that serious cardiac arrhythmias, which cause the lower chamber of the heart to beat rapidly and irregularly, were more common in the groups that received either of the four treatment regimens.

Still, randomized clinical trials are needed before any conclusion can be reached regarding benefit or harm of these agents in COVID-19, the authors emphasized.

“Several countries have advocated use of chloroquine and hydroxychloroquine, either alone or in combination, as potential treatments for COVID-19, [but] justification for repurposing these medicines in this way is based on a small number of anecdotal experiences that suggest they may have beneficial effects for people infected with the SARS-CoV-2 virus,” co-author Dr. Frank Ruschitzka, director of the Heart Center at University Hospital Zurich, said in a statement.

“However, previous small-scale studies have failed to identify robust evidence of a benefit,” he said. “We now know from our study that the chance that these medications improve outcomes in COVID-19 is quite low.” 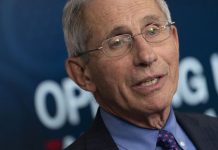 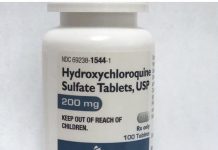