PASCO, Wash., May 4 (UPI) — A listeria outbreak, which has left several people hospitalized, has prompted a huge nationwide recall of frozen foods.

It involves all 50 U.S. states plus the Canadian provinces of British Columbia, Alberta, Manitoba and Saskatchewan.

The recall includes 358 frozen fruits and vegetables sold under 42 different brand names at stores including Walmart (Great Value brand), Costco (Kirkland brand), Safeway and Trader Joe’s. They were produced by CRF Frozen Foods in its Pasco, Washington, facility since May 2014.

The government’s Centers for Disease Control and Prevention “has identified seven people from three states who became ill and were hospitalized due to Listeria,” according to CRF.

“Some of these illnesses have been linked to consuming CRF-manufactured or processed products. CDC also informed us that, sadly, two of these individuals later died, but that Listeria was not the cause of death in either person.”

Listeria causes high fever, severe headache, stiffness, nausea, abdominal pain, and diarrhea. It can also cause miscarriages and stillbirths, according to the CDC.

The list of recalled products includes organic and non-organic fruits and vegetables. All have best-by dates or sell-by dates between April 26, 2016 and April 26, 2018. They include broccoli, carrots, cauliflower, corn, green beans, sweet potatoes, peaches, raspberries, and strawberries. 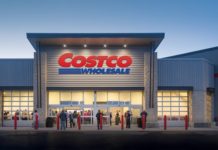