LOS ANGELES, May 25 (UPI) — Alisan Porter was crowned the winner of “The Voice” Season 10 Tuesday, marking the first time a female coach has had a winner.

Mentored by Christina Aguilera, the pair both excitedly embraced each other onstage celebrating the victory amid fireworks and the thunderous roar of the crowd which also included Porter’s family.

“Tonight is a true victory for women,” Aguilera said backstage following the finale to People magazine.

“I have retired from Curly Sue I am now the girl who won ‘The Voice’. I’ve waited 30 something years…” Porter added referencing her title role from John Hughes‘ 1991 film ‘Curly Sue.’

Porter faced-off with finalists Laith Al-Saadi, Hannah Huston and Adam Wakefield who was the last contestant standing next to the singer before the winner was announced.

Porter who is a mother of two and has had to overcome alcohol and drug addiction in the past, originally smashed her audition which caused all four judges Blake Shelton, Pharrell Williams, Adam Levine and Aguilera to turn their chairs and deliver a standing ovation.

“I’m proud of the season,” she continued to People. “I think it was such a strong season of incredible performances. I’m just grateful to be a part of it. The ride doesn’t end here. I’m going to keep going and making as much music as humanly possible.”

Click here to see what Cassadee Pope, Season 3 winner is up to in an exclusive Gephardt Daily interview: 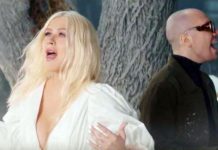 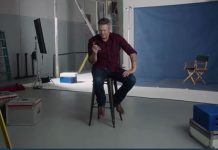 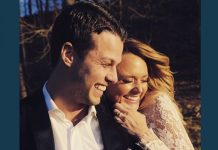