“The last five years on ‘Superstore’ have been some of the most rewarding, enriching and enjoyable years of my career,” Ferrera said in a statement posted on the show’s Twitter feed Friday.

“Producing, directing and acting with this wonderful cast and crew has given me opportunities to grow as a person and storyteller. I’m so grateful to my partners at NBC and Universal Television for the support and belief they have always placed in the show, and I’m most thankful to the brilliant Justin Spitzer for creating the funny, smart and relevant world of ‘Superstore and inviting me to be a part of it.

“As I start the next chapter for my family and career, I wish only the best, and much continued success, to my beloved ‘Superstore’ family.”

The series about the employees of Cloud 9 — a big-box discount store — was recently renewed for Season 6.

Ferrera’s co-star Lauren Ash assured fans that the show will go on despite Ferrera’s departure.

“And these kinds of things are a part of life. People we love have to move away or on all the time. And it sucks. And it’s heartbreaking. But it’s a real part of life. And I don’t know of any show better to tackle what that’s like, than ours.”

Ferrera is pregnant with her second child. 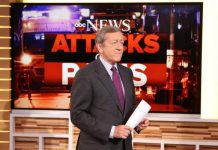 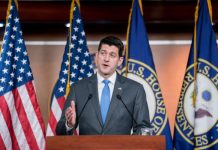 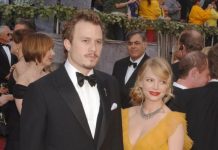 Michelle Williams on leaving home shared with Heath Ledger: ‘I was inconsolable’