Feb. 4 (UPI) — The body of a missing Canadian conservationist and documentarian was found Friday after a three-day search off the Florida Keys.

Rob Stewart, 37, from Toronto, was found dead about 300 feet from where he was last seen, after he resurfaced from a dive on the Queen of Nassau wreck near Alligator Reef off Islamorada on Tuesday. The Key Largo Volunteer Fire Department dive team recovered his body shortly after the U.S. Coast Guard suspended its search.

Shortly after the body was discovered, Stewart’s sister wrote on Facebook, “Rob has been found, peacefully in the ocean.”

“There are no words. We are so deeply grateful to everyone who helped search, and happy that Rob passed while doing what he loved. We are working on how best to honour his incredible work,” Alexandra Stewart said.

Before Stewart’s body was recovered, Capt. Jeffrey Janszen, commander of Coast Guard Sector Key West, said rescue workers from across the region searched a 5,500-square-mile area of the ocean — about the size of Connecticut — with no sign of Stewart

“Our hearts and prayers go out to Mr. Stewart’s family and friends, especially his parents Brian and Sandy, and the Canadian community during this very difficult time,” Janszen said. “The decision to suspend a search is always difficult and is made with great care and consideration.” 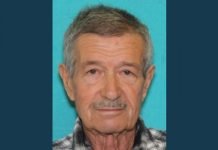 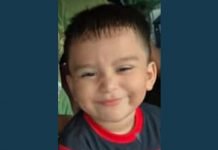