Nov. 25 (UPI) — Authorities arrested a Broadway actor who allegedly marched on the U.S. Capitol with the Oath Keepers on Jan. 6 after identifying him by a Michael Jackson tour jacket he was wearing at the time of the riots.

James Beeks, 49, was charged with a felony obstruction of Congress and a misdemeanor charge of unlawfully entering a restricted building or grounds for forcibly entering the U.S. Capitol with members of the extremist group.

“Unlike the camouflage-combat jacket attire of many individuals in the group, he was wearing a Michael Jackson ‘BAD’ world tour jacket and a black helmet, and he was carrying what appeared to be a homemade black shield,” the Justice Department said in a statement.

Beeks — an Orlando, Fla., native — was arrested in Milwaukee where he was performing the role of Judas in a production of “Jesus Christ Superstar” under the stage name “James T. Justis.”

Prior to his arrest, federal investigators observed Beeks in the role at shows in Los Angeles and San Francisco.

They also found that Beeks “regularly performs as a Michael Jackson impersonator” and found Instagram photos that showed a man appearing to be Beeks wearing the “BAD” tour jacket alongside the hashtag #jesuschristsuperstar.

Beeks’ credit card statements also showed that he paid for hotels in Georgia and North Carolina, “consistent with roundtrip travel from Orlando, Fla., to Washington, D.C.,” in the days before and after the riots.

He appeared before a court in the Eastern District of Wisconsin on Wednesday and was released pending further court proceedings.

On Tuesday, the House select committee investigating the Capitol riots subpoenaed the leader of the Oath Keepers and other extremist groups the Proud Boys and the 1st Amendment Praetorian as they sought information on groups that planned and participated in the violence. 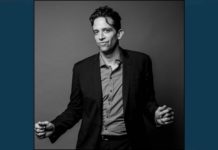