July 17 (UPI) — Olympic gold medalist and reality TV star Caitlyn Jenner said over the weekend she is considering running for the U.S. Senate, to represent California.

Jenner, a transgender activist formerly known as Bruce Jenner, said she planned to make a decision within six months.

“I have considered it. I like the political side of it,” Jenner said in an interview Sunday with radio host John Catsimatidis on New York’s AM 970 that aired Sunday. “I gotta find out where I can do a better job. Can I do a better job from the outside, kind of working the perimeter of the political scene, being open to talk to anybody? Or are you better off from the inside, and we are in the process of determining that.”

In the interview, Jenner said she had plans to meet with U.S. Ambassador to the United Nations Nikki Haley on the international ramifications for being involved with the LGBTQ community.

“I hope to change the perception of the Republican Party and make it the party of equality,” she said, adding that she believes the GOP would be unstoppable if it kept its small-government, fiscally conservative values while being more accepting of people who have not traditionally been part of the party.

The lifelong Republican, 67, lives in Malibu and is a supporter of President Donald Trump, who lost by more than 4 million votes in the Golden State.

In February, Jenner posted on Twitter after the Trump administration rolled back Obama-era protections for transgender students, “Well [Trump], from one Republican to another, this is a disaster. You made a promise to protect the L.G.B.T.Q. community.”

In April, she said she would consider running for public office.

The next Senate election is in 2018 for the seat held by Democrat Dianne Feinstein, 84, who has not yet said if she will run again. No prominent Republican candidate has publicly announced a Senate run.

Jenner is used to being in the limelight. She won the decathlon gold medal in the 1976 Olympics in Montreal and was the husband and father in the Kardashian reality television show. In 2015, she transitioned to Caitlyn.

Last week, musician Kid Rock also said he is considering running for the Senate from Michigan next year. 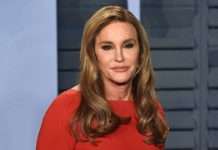 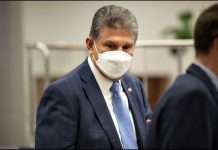 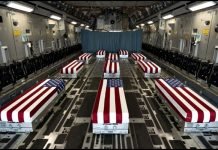