In a new report by Business Insider, 50 Cent, real name Curtis Jackson has hired three separate law firms to represent him across his multiple legal disputes.

One of those firm’s, Robins Kaplan has revealed it’s first fee statement giving insight into the legal costs Jackson has incurred. According to the documents, Jackson owes $85,000 in fees along with $5,000 in expenses to Robins Kaplan for representing him between July 13 and Sept. 30. However as Business Insider reports, the firm is only requesting 80 percent of the fees at this time.

Jackson must also pay $17,000 for his ongoing court battle with Lastonia Leviston, who hit Jackson with a $7 million lawsuit over a sex tape along with an additional $15,000 for legal representation.

These expenses have not however kept Jackson away from living a lavish lifestyle. Earlier this month the “In Da Club” singer donated $10,000 to a fellow rapper’s mom who is battling breast cancer. Jackson’s Instagram account also keeps up the wealthy persona with weekly reminders of how much cash he has at his disposal. One photo posted a week ago features the entertainment mogul relaxing on his bed surrounded by stacks of $100 dollar bills. 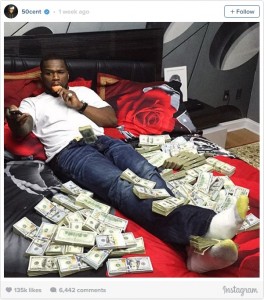 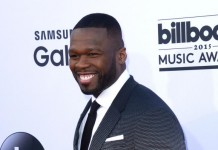 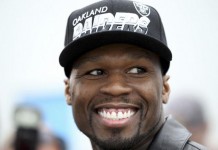 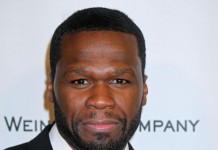