LIMERICK, Ireland, Feb. 25 (UPI) — The Cranberries lead singer Dolores O’Riordan has avoided a criminal conviction for assaulting three police officers after a judge ruled she was mentally ill at the time.

O’Riordan pleaded guilty in December to assaulting three police officers and a flight attendant in November 2014. She was reportedly taken off a plane after an air rage incident coming back from New York, and was arrested at Shannon Airport in County Clare, Ireland.

O’Riordan was fined $6,600, but Judge Patrick Durcan decided against a prison sentence after medical records given to the court indicated that O’Riordan was mentally ill during the time of the altercation, suffering from mania.

“Let me be utterly clear that the defendant is not being treated any differently than anyone else,” Durcan said, adding that O’Riordan was guilty of “serious assaults” and “appalling behavior.”

During her arrest, the 44-year-old was heard shouting to police: “You can’t arrest me. I’m an icon, I’m the queen of Limerick [her hometown]. You don’t know who you are dealing with. I pay my taxes so I pay your wages and I am going to sue.”

“I don’t really have much to say. I’m glad it’s over and I want to thank the doctors who helped me to get back my health mentally,” O’Riodan said while leaving the courthouse, according to People magazine.

“I have a couple of albums coming out and I’m going to go back to work,” she continued. 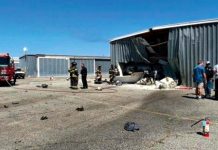 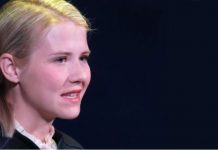