The actress had no interest seeing some strange dude’s junk show up in her files, so she lashed out, publicly on Twitter.

“Sending pix like this,” the “Mysteries of Laura” & “Will & Grace” star wrote, “is never OK.” She attached the picture (with the offending part blurred out).

“RESPECT WOMEN. RESPECT YOURSELVES,” she continued in the caption, before adding one more explanatory message to make sure she was making herself clear.

“The picture came thru my Instagram Message Requests,” she wrote in the final tweet on topic. “It was unpixelated .” 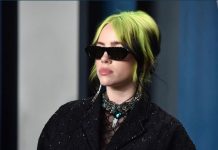