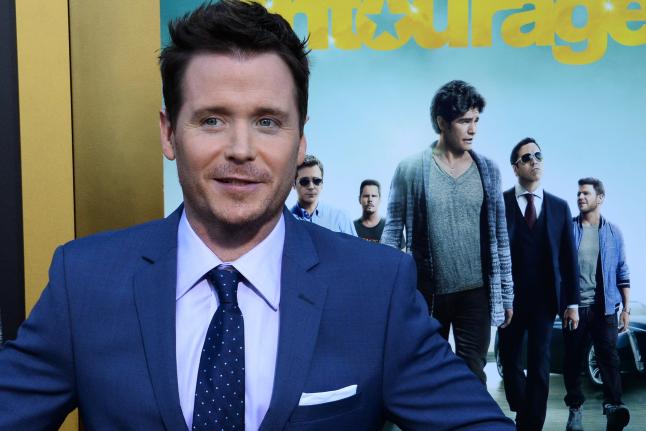 NEW YORK, June 4 (UPI) — Writer-director Doug Ellin says he hopes the uninitiated have as much fun as the die-hard fans of the show when they watch his big-screen version of Entourage.

Loosely based on the early career of actor Mark Wahlberg, the celebrated television comedy ran for eight seasons, wrapping up in 2011. The film reunites its stars – Adrian Grenier, Kevin Dillon, Jeremy Piven, Kevin Connolly and Jerry Ferrara – who play respectively A-list actor Vincent, his less-successful brother Johnny, his agent Ari, and Eric and Turtle, friends from Queens who move with Vincent to Los Angeles and help him navigate the treacherous waters of the entertainment industry.

“To be honest with you, it was never, like, to satisfy the fans,” Ellin told UPI in a recent phone interview about his objective in crafting the film.

“I just said, ‘We have to look at this like we’re doing a movie and the show never existed.’ That being said, I looked at the eight seasons and I thought about what worked better than things and what worked less than things and I tried to put the best of it in and I think that’s what we have. It’s a big, cinematic movie, but I think we have the feeling of the best stuff we ever did on Entourage. It wasn’t forcing me to go, ‘Oh, give the fans who have been here something, but give [to] people who have never seen this.’ That was really my goal — if you’ve never seen a frame of the show that you could sit down and enjoy this movie.

“It’s not Shakespeare, so I don’t want to oversell,” he laughed. “It’s about four, working-class guys who live in Fantasyland and how they, basically, have all the toys, but they have each other’s backs, and the loyalty is more important than anything else.”

Looking back, Ellin said he focused on giving the characters and their story lines some closure when he was wrapping up the series and wasn’t really looking for a way to leave the door open for a possible followup.

“It was over and I didn’t really think of that,” he said. “It wasn’t until Mark [who was a producer on the series] called and said: ‘What are you doing? Every press junket I do, people are asking me if we’re doing [an Entourage] movie.’ When the show first started, we screened it at the Ziegfeld [theater in New York]… and everybody was like, ‘It looks like a movie.’ So, obviously, I always dreamed that someday we would make a movie, but when the show ended, it was not on my head at all and I didn’t write the script… I didn’t even start on the script until I ran into Mark maybe 18 months later.”

So, what was the toughest challenge in bringing the show to the big screen?

“I’ve got five guys and, in my opinion, it’s really an ensemble piece, and I have to give everybody something that they can do,” Ellin said. “So that was hard. Ninety minutes to give five guys full story lines is tricky. Fortunately, I always have the guys speak very fast. So, if you like the show, it’s a fast ride. I don’t think anybody is going to see this movie and be bored. … Kind of like in keeping with the show, it’s a very fast-paced, high-energy thing.”

Despite the glitz and glamour of the celebrity lifestyle depicted in Entourage, Ellin emphasized he believes it is the way the guys relate to each other that people find so appealing.

“I think that’s what the best movies are [about] — relationships, much more than whatever the subject matter is,” the filmmaker said. “The thing people really love in movies — whether it’s The Hangover or Diner — we love these people and we want to hang out with them, so I think that’s the easy part and then you’ve got to just give them a story that sustains itself for a 90-minute thing, which I think we have. I’m excited for people to see it.”

Entourage is in theaters now.