The 43-year-old actress said on Thursday’s episode of “Jimmy Kimmel Live!” that it was “the most exciting moment” to meet Diana at the London premiere of “E.T. the Extra-Terrestrial” in 1982.

Barrymore, who played Gertie in “E.T.,” was 7 years old when she presented Diana with an E.T. plush at the premiere. She couldn’t help but gush about Diana after Kimmel jokingly asked if the princess threw the toy away.

“No! Look at the way she’s looking at it,” the star responded. “She was so kind and so nice. Growing up with her as a princess was just such a good example.”

“E.T.” was Barrymore’s breakout movie as a child actress. She said in an interview with “Watch What Happens Live” in March that a sequel won’t happen because director Steven Spielberg made the film “just as it should be.”

“I will say in the early 80s, there was not always a lot of talk of sequels,” the actress explained. “[Spielberg] never wanted to make them because he felt like what he did was just as it should be.”

“I remember being seven and staying at his house for the weekend — he was a ‘godfather’ to me,” she added. “He said, ‘No, we’re never going to make a sequel. It’s just as it is.’ That was his philosophy, so who was I to ever question it?” 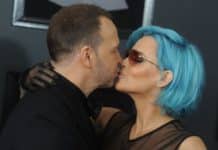 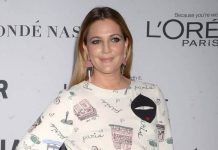