LOS ANGELES, Oct. 10 (UPI) — Halle Berry has confirmed her science-fiction series Extant will not return for a third season on CBS.

“I am so proud of what we accomplished on Extant,” the 49-year-old, Oscar-winner said in a statement.

“This season seemed such a natural place to end Molly’s journey that I, along with CBS, felt it best served the story to leave it there. I’ve loved this experience working with such a talented cast and creative team.

‎It was my first foray into episodic television and I’m excited to continue my relationship with CBS, producing more compelling stories through my 606 Films production banner.”

TV Guide reported CBS is developing a drama series called Legalese, which would star Berry as a Chicago lawyer who follows a case to New Orleans. 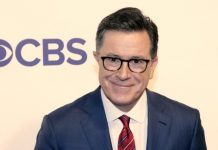