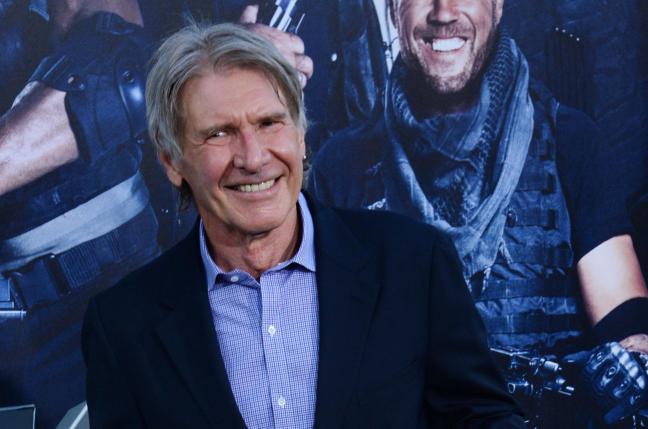 This marks the 72-year-old actor’s first official public appearance since the small plane he was piloting crashed on a golf course in March, sending him to the hospital to be treated for multiple injuries.

Ford also confessed he thought he had played Han Solo for the last time in the space saga’s sixth installment Return of the Jedi, which was released in 1983. He reprises his role in The Force Awakens, which is the seventh movie in the series and due to hit theaters in December.

“I never thought that we would do another,” Ford said. “I was very gratified when I read the script.”

The new film’s director J.J. Abrams also screened for the Comic-Con crowd some behind-the-scenes footage of the making of the movie.