Padalecki said the separation of immigrant families at the U.S.-Mexico border inspired him to bring a revamped “Walker” to the network.

“I read a story about a law enforcement agent who couldn’t bring himself to put a 3-year-old in the cage and take them away from their parents,” Padalecki said on a recent Television Critics Association Zoom panel.

Padalecki observed a conflict between one’s job and empathy for the people law enforcement was asked to police. The 38-year-old actor and first-time executive producer hoped to bring that moral complexity to the episodic drama.

“They always say there are two sides to a coin: heads or tails,” Padalecki said. “But, there’s the third side of the coin, the edge of the coin.”

Cordell Walker (Padalecki) returns to Austin, Texas, after a two-year undercover assignment. His wife’s murder becomes a priority for Walker to solve, along with new cases of Texas crime every week.

The border separations were one example of the sort of crime story Padalecki wanted to tell. He promised “Walker” would not be preachy about any issue.

“We wanted to pose questions as opposed to proselytize our beliefs and just force answers down our viewers’ throats,” Padalecki said.

The case Walker investigates in the series premiere addresses cartel drugs. However, Padalecki said he’s more interested in making viewers think about such issues than telling them what to do.

“We find ourselves in situations where we know what is expected of us,” Padalecki said. “But, we also feel like maybe what’s right is just south or north of that.”

Even outside the immediate family, the ensemble is just as important to this incarnation of “Walker.” Walker’s partner, Micki Ramirez (Lindsey Morgan) and Captain Larry James (Coby Bell) also are family.

Padalecki connected with showrunner Anna Fricke during the last year of his previous CW series, “Supernatural.” “Walker” was going to premiere in fall 2020, but the COVID-19 pandemic delayed the show until January.

“I don’t know if I would win a trivia game about the original ‘Walker, Texas Ranger,’ but I did grow up watching the show,” Padalecki said.

The show has filmed in Austin since the fall under COVID-19 safety protocols. Padalecki said the new protocols posed a challenge with a new crew because different departments are required to work separately and avoid interaction.

“The most difficult part is not being able to so seamlessly build a family,” Padalecki said. “I will say that in three short months, we’ve built quite a family.”

“Walker” premieres Thursday at 8 p.m. on The CW. 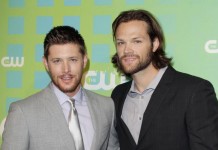 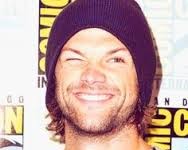