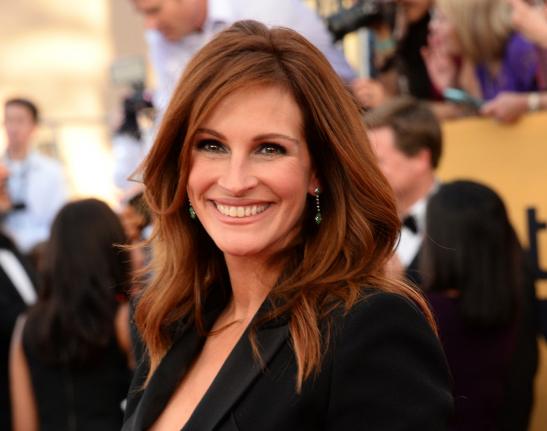 NEW YORK, May 14 (UPI) — Julia Roberts and David Letterman celebrated their tradition of locking lips for the last time on the actress’ final appearance on The Late Show.

The Pretty Woman star admitted that the first time she came on the show, she worried about how the host was going to treat her.

“The first time I was on this show was to promote Mystic Pizza, and as a fan of the show, did not want to come on because I had seen you absolutely dismember young actresses of my kind of peer group,” she recalled. “And I thought, ‘I’m going to go on, and he’s going to know within 10 seconds what my IQ is, and you are going to like a samurai, just sort of like Benihana me into pieces and I’ll be left for dead and forgotten.'”

Twenty-six visits later and the actress has become notorious for planting a kiss on Letterman’s lips each time she stops by. Just before her final interview was over, a montage of their kisses was shown. Letterman led Roberts to the main stage and gave her one last kiss before he retires.

“I just want to say, David Letterman, I love you and I thank you for all of the joy and the laughs and the intelligence you have brought to us for 33 years,” Roberts said.

“I love you,” Letterman said as he hugged the actress. “Thank you.”