WASHINGTON, Dec. 30 (UPI) — Conventional wisdom holds that “necessity is the mother of invention,” but if that’s the case, some inventions that made headlines in 2016 must be downright motherless.

There were plenty of inventions and breakthroughs in 2016 that filled important needs for humanity, but we here at UPI Odd News are more concerned with a less-recognized category of innovations — those that seemingly serve only to promote lazy, bizarre, or downright dangerous behavior.

In that spirit, UPI is proud to present Odd News’ Salute to the 10 Most Useless Inventions of 2016.

1. A Whole New World of Transportation

Despite evolving with a perfectly serviceable pair of legs, humans are constantly on the lookout for new ways to transport themselves from one place to another. This past year in particular has seen the development of numerous new modes of impractical transport (for more examples, keep reading), but perhaps none so mind-bending as a Tel Aviv man’s tribute to Aladdin’s “magic carpet.”

Motorcyclist Aviad Rosenfeld posted a video to Facebook in March on the first day of the Jewish celebration of Purim showing an unknown man dressed as Disney’s Aladdin cruising down the street on what appears to be a hovering “magic carpet.”

The “flying” carpet appears to actually be rolling down the street on something resembling a motorized skateboard controlled by a device in the man’s hand.

2. The Coolest Guy in Louisiana

High temperatures across the United States had both man and beast seeking methods of beating the summer heat this year, and one Louisiana man posted a YouTube video showing off his novel solution — a particularly cumbersome air-conditioned bodysuit.

The YouTuber, Donald R Foster Jr., appears in the video wearing the suit, which resembles a hazmat suit connected by a thick hose to an engine on a wagon.

Foster said the suit was tested at an “114-degree heat index ambient atmosphere of Louisiana” and it managed to keep him at a comfortable temperature.

He admitted, however, that the size of the air-conditioning unit — which also has a dehumidifier setting — makes the suit more “hilarious” than practical.

One YouTuber, Chase Laub, managed to achieve this end by taking something he didn’t need — his refrigerator’s ice machine — and turning it into something he sorely desired — a frozen pizza roll dispenser.

Laub’s video shows how the ice machine, when the “cubed” setting is chosen, rains frozen pizza rolls onto his plate, taking out the difficult and arduous steps of taking the bag of pizza rolls out of the freezer and pouring them manually before microwaving.

Laub said he chose pizza rolls to come out of the machine “because I use this more than ice.”

4. Inline Skates Get the Off-Road Treatment

Polish inventor Jacek Skopinski saw two main problems with conventional inline skates — you have to move your body to make them work, and they don’t roll well off-road.

Skopinski’s video shows how he solved both problems by attaching electric motors to the backs of his skates and controlling the speed with a hand-held remote.

The video shows the inventor easily cruising over a variety of terrains using his off-road skates.

Skopinski, if the video is any indication, might want to look into one already-invented piece of equipment — a helmet.

5. A Prelude to Vomit

An Australian food tinkerer announced this year he is trying to introduce the United States to his most successful creation: a hamburger/hot dog hybrid he dubbed “The HamDog.”

Murray said he came up with the idea for the meat-filled combination, which includes a special bun to accommodate both the burger and the hot dog, while seeking to satisfy a mighty hunger during a trip to the United States.

“I had the idea on holiday when I was leaving a bar in Nashville. I grabbed a burger and a hot dog as I was really hungry,” he said. “I was sitting in the car eating them both at the same time and my wife was looking at me like I was an idiot.”

Murray said he has had some success selling HamDogs at Australian sporting events for $6 each, and he is now seeking distributors for the United States.

“America’s a bloody big place, they consume around 50 billion burgers a year,” Murray said. “If we pick up even 1 percent of that market, then that’s still around $2.5 billion a year.”

A Los Angeles couple went viral in March 2016 when a traveler on the city’s roads noted their unusual mode of transportation: a motorized papasan chair.

The cozy chair became a viral sensation when photos were posted to Reddit of the couple cruising the streets of the city on two separate occasions.

The papasan chair appears to have been created by modifying an electric-powered wheelchair.

A Redditor claiming to be the inventor’s cousin described him as “a smart guy who likes to work on random projects.”

“He comes from a long line of pranksters with good senses of humor,” Redditor BooBooKitty wrote.

A Florida man was filmed in February attempting to transport himself on a “walking unicycle” — a cycle with a pair of wooden legs instead of a wheel.

Flaviu Cernescu’s video shows him practicing with the unusual cycle at Nova Gymnastics in Fort Lauderdale.

Cernescu manages to balance for a time on the walking unicycle, but the number and severity of his falls might keep him from attempting to use it away from the gym’s padded floor until his skill level increases.

Swedish engineer Axel Borg might be grounded for now, but he’s on his way to having his head in the clouds thanks to his homemade “multicopter,” a manned flying device based on the design of unmanned drones.

Borg, who has been working on the multicopter for more than a year, took his invention for a brief, low-altitude test flight in a video he posted to YouTube.

Borg said his copter is difficult to turn and goes in one direction faster than the other.

“I suppose some of the motors are stronger than others,” Borg says after his flight, “but great fun, anyway!”

If only someone had already invented some sort of people-carrying “copter” that could go even higher than a few feet off the ground. . .

9. The Bike of the Future, Today

British inventor Colin Furze, no stranger to pointless inventions after constructing an “ejector bed” in 2015, offered his own twist on aviation this year with the world’s first “hoverbike” flight.

Furze took his homemade hoverbike for a test flight a few inches off the ground, and soon discovered there were some struggles associated with his invention — namely, a lack of steering, brakes, or proper seating.

He said those aspects were omitted to keep the hoverbike lightweight enough to lift off the ground.

“Considering the amount of time I’ve spent on this and the fact this is my first EVER attempt at making anything that leaves the ground this is well and truly a job well done, it’s easy to overlook the true scale of what takes to make something like this work at all,” Furze wrote.

An Illinois maniac — sorry, mechanic — turned heads in the city of McHenry this year when he took a child’s Power Wheels toy car for a test drive — at 40 mph.

Kyle Kuta posted a video showing how he replaced the electric engine in the Power Wheels car, modeled after a Cadillac Escalade, and replaced it with a real car engine and the wheels from a wheelbarrow.

Kuta, unlike some other inventors on this list, was honest about the nature of his creation: a “death trap.”

“This is what you get when you cram a 5-horsepower 160cc Honda engine into a plastic Escalade made for a kid: an unstable 40 mph death trap. The frame is made out of Unistrut, the wheels were meant for a wheel barrel, and the rest of it is just junk we had laying around the garage,” he wrote.

1. Raising a Stink to Prevent Theft

Here’s the one thing more certain to induce vomiting than a HamDog — a bike lock that sprays noxious odors in the faces of attempted thieves.

Daniel Idzkowski’s SkunkLock, billed as “the only lock that fights back,” is designed to release a vomit-inducing odor dubbed “formula D_1” when a thief tries to cut through it with a saw, angle grinder or other tool.

It’s awesome, and it’s a little bit gross, but it might actually be a little too useful.

James Hobson, aka the Hacksmith, is well on his way to superhero status after constructing an exoskeleton that allowed him to lift a 2,524-pound Mini Cooper.

Hobson, who is aiming to replicate some of the features of Iron Man’s exoskeleton, said his design was also inspired by the film Elysium.

“Getting the strength to lift a car was quite easy. I had a pair of 63mm bore diameter pneumatic cylinders, which at 125PSI are capable of lifting over 800 pounds apiece. The fun part was attaching them to my body in order to do it,” Hobson said.

He said another one of his goals is to recreate the flight test scene from the first Iron Man, but with real technology.

When it comes time to form Hobson’s team of real-word Avengers, let’s hope he has more teammates to choose from than Air Conditioner Man and Hoverbike Lad. 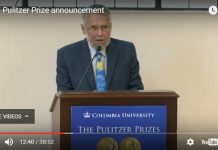 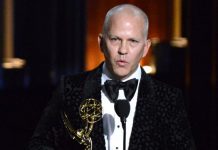