The 20-year-old model advised fans to ignore bullies and to follow the golden rule in the October issue of Garage magazine.

“Let’s face it — everyone is going to have an opinion. Best advice I have is to realize just that, everyone’s always going to be saying something and if you concern yourself with that, you’re in for a giant headache,” Jenner said.

“What matters is how you feel,” she asserted. “If you like that picture or you feel good in that outfit, [expletive] it. Gaining perspective does wonders.”

Jenner has faced her share of bullies, having starred on “Keeping Up with the Kardashians” since she was 12, and skyrocketed to fame as a model in the past two years. She herself aims “to treat others as [she wants] to be treated.”

“I know that sounds slightly basic, but when it comes to humans and human nature, the simplest answer is usually the right one. It really is as easy as that,” the star said.

Jenner’s close friend and fellow model Gigi Hadid had said in February that she follows Jenner’s advice on bullying. Hadid said she leans on Jenner when facing online hate because the model understands what she’s going through.

“It’s the same thing as dating someone in the industry rather than out of the industry. You only understand it when you’re literally experiencing it,” Hadid explained.

“When people are really harsh … usually I’m going to call Kendall because Kendall’s the one who will always be like, ‘You don’t need that, just let it go.’ And I know that if that’s working for her then it can work for me,” she added. 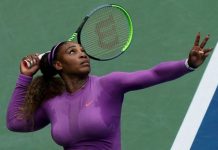 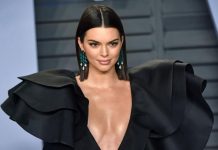