Feb. 19 (UPI) — Kim Kardashian filed for divorce from Kanye West on Friday. TMZ first reported the news and Us Magazine confirmed it.

Divorce lawyer Laura Wasser filed the papers according to both outlets. TMZ reports Kardashian is seeking joint custody of their four children — North, Saint, Chicago and Psalm West, ages 7, 5, 3 and 1 — and both are abiding by a prenuptial agreement.

West proposed to Kardashian on Oct. 21, 2013 at AT&T Park in in San Francisco after dating since 2012. He hired a 50 piece orchestra and beamed the message “PLEEEASE MARRY MEEE!!!” on the Jumbotron.

In 2020, West announced his candidacy for President in the November election. In July, Kardashian addressed West’s bipolar diagnosis and asked for compassion as West expressed his thoughts publicly.

West recently dropped a surprise EP, “Emmanuel,” on Christmas Day. The Kardashian family’s reality series “Keeping Up with the Kardashians” ends in its 20th season this year. 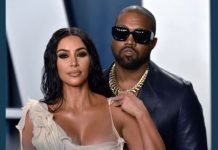 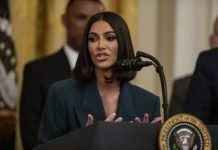