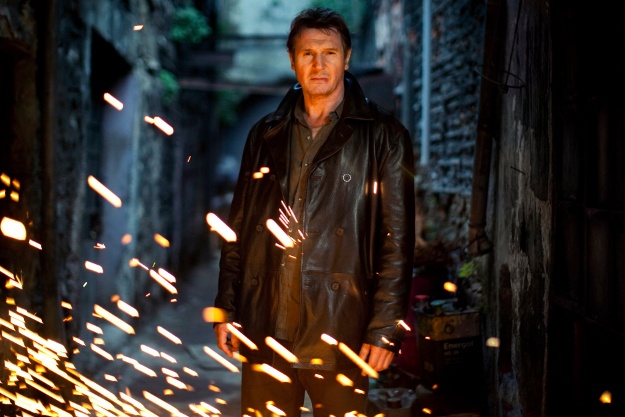 Ex-government operative Bryan Mills (Liam Neeson) is accused of a ruthless murder he never committed or witnessed. As he is tracked and pursued, Mills brings out his particular set of skills to find the true killer and clear his name.

In two Taken movies we saw how the unstoppable badass responded when people he loves were, you know, taken.  In the upcoming Taken 3, though, we’ll see what happens when someone’s stupid enough to frame Mills for murder, pitting him against the FBI, CIA, and LAPD.

An official clip and featurette promoting Tak3n illustrate just why messing with Mills is such a bad idea.

This sequel, once again directed by Olivier Megaton from a script by Luc Besson and Robert Mark Kamen, is really an excuse to watch Liam Neeson beat the living hell out of a bunch of people for ninety or so no-frills minutes.

His action hero rebirth hasn’t surprised anybody more than Neeson himself. “Look, I was in my fifties when this Taken film came out. I was sure it was a straight to video, good little European thriller,” he said in a recent IAR interview. “Well, Fox studios took it and did this amazing sell job and showed the trailer at big sporting events and it became a hit.”