Sept. 19 (UPI) — “A Quiet Place” actor Noah Jupe and It star Jaeden Martell have signed on for roles in Warner Bros.’ planned remake of the 1987 teen vampire classic “The Lost Boys.”

Randy McKinnon is writing the movie and Jonathan Entwistle is set to direct.

No plot details have been released yet for the updated version.

Joel Schumacher helmed the original horror-comedy, which starred Corey Haim and Jason Patric as brothers who move with their single mom, played by Dianne Wiest, to a California town infested with gorgeous vampires, including Kiefer Sutherland, Jami Gertz and Alex Winter. Corey Feldman and Jamison Newlander play comic-book enthusiasts intent on protecting themselves and their neighbors from the blood-suckers.

“Veronica Mars” creator Rob Thomas had been working with The CW on a Lost Boys TV show, but the network recently passed on the project. 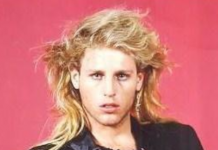