Feb. 1 (UPI) — Meghan Markle spread positivity by handwriting uplifting messages on bananas that were later given out by a local charity.

The 37-year-old duchess of Sussex had the idea while helping to pack lunches during an official royal visit Friday to Bristol, England, with husband Prince Harry.

Markle and Harry met with volunteers at One25, an organization that helps women in street sex work who are struggling with addiction and other issues.

“Meeting volunteers who run @One25Charity’s outreach programme, which is a lifeline for the 150 women still trapped on Bristol’s streets,” Kensington Palace tweeted. “The Duchess helped pack lunches and warm clothing which will be distributed to women working on the streets tonight #RoyalVisitBristol.” 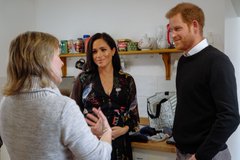 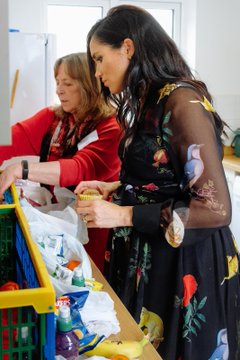 Meeting volunteers who run @One25Charity’s outreach programme, which is a lifeline for the 150 women still trapped on Bristol’s streets.

The former “Suits” star penned encouraging messages, such as “You are special” and “You are loved,” on bananas that will be distributed in packages to women in need.

“While packing lunches for @One25Charity’s outreach service, The Duchess of Sussex had an idea to write positive messages on banana skins,” Kensington Palace captioned a video of Markle. 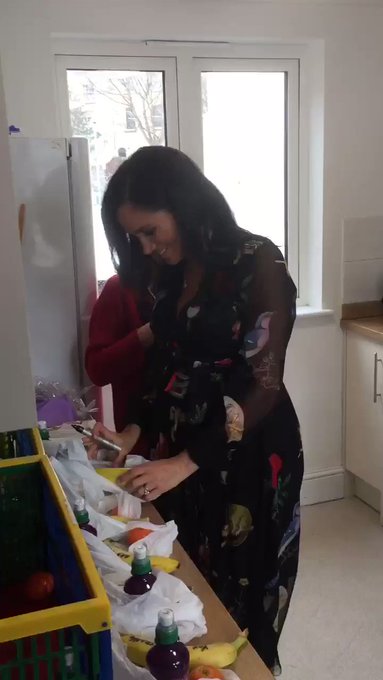 While packing lunches for @One25Charity‘s outreach service, The Duchess of Sussex had an idea to write positive messages on banana skins…

Markle and Harry met children from Abbeywood pre-school and visited the Bristol Old Vic theater earlier in the day. The couple stopped by Empire Fighting Chance, a charity supporting at-risk children, following their engagement at One25.

Markle and Harry will next attend the Endeavor Fund Awards on Feb. 7. The couple married in May and announced in October that Markle is pregnant with their first child.