The 36-year-old British actress discussed her reservations about sex scenes in an interview with the New Statesman published Wednesday.

“To set the record straight, I have never been comfortable doing sex or nude scenes,” she told the publication.

Dormer appeared in sex scenes while playing Anne Boleyn on “The Tudors” and Margaery Tyrell on “Game of Thrones.” She said previous comments have been twisted or misinterpreted, leaving her wary of projects with explicit scenes.

“I’ve turned down roles this year that have involved sex, solely because of the way I’ve been misrepresented. I’m so terrified at the moment of perpetuating that clickbait image of me,” she said.

The “Game of Thrones” alum said she was “mortified” after critics deemed her movie “In Darkness” to have a “gratuitous” sex scene. She co-wrote and produced the film with her ex-fiancé, director Anthony Byrne.

“[In Darkness] seemed to take on a tone that was completely out of my control. I was mortified that it had been interpreted in a gratuitous way. It was like a slap in the face,” the actress said.

In Darkness features a sex scene with Dormer and her former Game of Thrones co-star Ed Skrein. Dormer defended the scene in an interview with The Guardian in July.

“There has to be sexuality in the power play of a thriller,” the star said. “In this film, the sex scene, which for me was a love-making scene, is a metaphor for the way my character connects with the part played by Ed Skrein.”

“If the lead characters do not have a clear connection, then it doesn’t work,” she added. “And on screen it has to be a physical connection between two broken people. That was my intention.”

Dormer will next star in the movie “The Professor and the Madman” with Mel Gibson and Sean Penn. 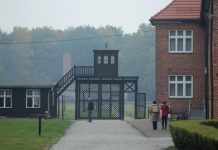 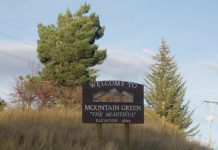