Variety, The Hollywood Reporter and Deadline reported that contract negotiations between the two parties have broken down and Flay plans to exit at the end of 2021.

Flay’s representatives and the cable network declined to comment on Thursday night’s stories.

The restaurateur and cookbook author has been at the Food Network since the channel began in 1994.

Over the years, he has hosted or appeared on the shows “Grillin’ and Chillin’,” “Beat Bobby Flay,” “Brunch at Bobby’s,” “Chopped, Iron Chef America,” “Worst Cooks in America,” “The Best Thing I Ever Ate,” “The Next Food Network Star,” “The Flay List,” “The Throwdown! with Bobby Flay” and “Boy Meats Grill.”

Flay became the first TV chef honored with a star on the Hollywood Walk of Fame in 2015.

The Food Network inked a new deal with another of its culinary titans, Guy Fieri, in May. 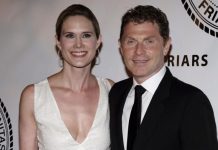 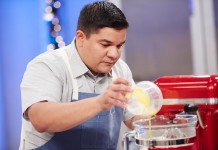