Aug. 6 (UPI) — Reality TV star Kim Kardashian and comedian Pete Davidson have broken up after dating for about nine months, according to multiple media reports.

TMZ, E! News and UsMagazine all cited unnamed sources as confirming the split.

TMZ said Davidson, 28, has been filming a movie in Australia, while Kardashian, 41, is working and raising her four young children in Los Angeles.

Kardashian also is in the midst of a divorce from rapper Kanye West.

“They amicably split this week,” one insider told UsMagazine.com of Kardashian and Davidson.

The still have “a lot of love and respect for each other,” another source told E!, but they found that the distance and their demanding schedules “made it really difficult to maintain a relationship.”

The pair started dating in October after Kardashian guest hosted “Saturday Night Live,” the sketch comedy show for which Davidson was a cast member at the time.

They made headlines when they walked the red carpets at high-profile events such as the White House Correspondents’ Dinner in April and the Met Gala in New York City, and shared on social media photos from their various luxurious vacations. 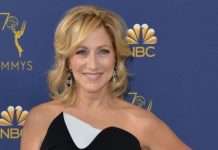 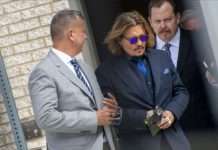