The New York Post broke the news citing a source close to Pattinson, who mentioned that the actor “didn’t want the story to be all about how he and Kristen were nearly bumping into each other.”

“Venice is very small…and there are only so many parties and hotels,” the source said.

Pattinson was scheduled to attend a screening of his new film The Childhood of a Leader while Stewart was on hand to promote her new project Equals alongside actor Nicholas Hoult.

The 29-year-old actor’s official reasoning for not attending was his busy shooting schedule for The Lost City of Z in Ireland.

The Twilight co-stars famously dated after meeting on set but split after Stewart was caught being intimate in multiple occasions with the director of her film Snow White and the Huntsman.

Since dating Pattinson, the American Ultra actress has been linked to personal assistant Alicia Cargile telling Nylon for its September issue that she’s not hiding and does not need to come out either.

Pattinson meanwhile got engaged to English singer-songwriter Tahliah Debrett aka FKA twigs back in April. 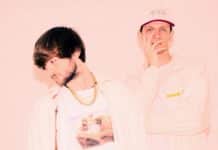