According to Deadline, Surviving Jack star Lili Reinhart has been cast as girl-next-door Betty Cooper while Cole Sprouse of The Suite Life of Zack & Cody fame has been cast as Archie’s slacker best friend, Jughead Jones.

Sprouse discussed the casting on Twitter Tuesday explaining how playing Jughead will mark the Disney channel’s star return to acting.

“Thanks for being patient while I stepped away. I’m pleased to announce my return to acting. Catch me on Riverdale as,” Sprous wrote alongside a photo of the actor wearing Jughead’s iconic crown.

The live-action adaptation of the classic comic series was recently picked up for a pilot by the network earlier in February.

Riverdale will offer a “bold, subversive take on Archie, Betty, Veronica and their friends, exploring small-town life and the darkness and weirdness bubbling beneath Riverdale’s wholesome facade,” the official Archie website states.

Other Archie Comics characters such as Archie’s friend Kevin Keller, for whom Archie famously took a bullet in the comics in 2014, is also set to make an appearance on the show, as well as members of Josie and the Pussycats. 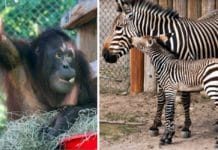