July 26 (UPI) — “Gone with the Wind” and “The Heiress” star Olivia de Havilland, one of the last luminaries from Hollywood’s Golden Age, died in Paris at age 104.

The two-time, Oscar-winning actress died in her sleep at home in Paris.

De Havilland’s other credits include “To Each His Own,” “The Snake Pit,” “Hold Back the Dawn,” “Captain Blood,” “The Adventures of Robin Hood,” “Dodge City,” “The Charge of the Light Brigade,” “Hold Back the Dawn,” “To Each His Own,” “Lady in a Cage,” “Hush, Hush Sweet Charlotte” and “The Fifth Musketeer.” For the last few decades she has stayed out of the spotlight, with her last major role in 1988’s “The Woman He Loved.”

Born to British parents in Tokyo, she was the older sister of actress Joan Fontaine, who died in 2013. She was 96.

The siblings had a famously contentious rivalry.

In 2019, the U.S. Supreme Court rejected de Havilland’s petition to review the dismissal of her lawsuit against FX for its series Feud: Bette and Joan.

De Havilland sued the cable TV network in July 2017 stating that Feud’s showrunners used her name and image without permission or compensation and negatively and inaccurately portrayed her as a gossip monger. 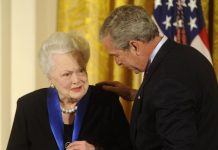 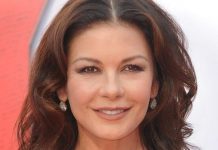 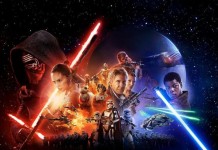 ‘Star Wars: The Force Awakens’ Passes ‘Avatar’ To Become Highest-Grossing Film Ever In The U.S.