Aug. 3 (UPI) — Taika Waititi and Rita Ora made their red carpet debut as a couple at the Los Angeles premiere of “The Suicide Squad.”

Waititi and Ora held hands as they walked the red carpet. Ora also held onto Waititi’s arm as they posed for photos.

Waititi wore a grey suit and white shirt, while Ora sported a white minidress with a plunging neckline.

Waititi and Ora were first linked in April after Ora shared a slideshow of photos that included a picture of Waititi hugging her from behind.

“Good times, memories, random things on my phone and the ones I love.. #midweekupdate,” she captioned the post.

Waititi and Ora were spotted getting close to and sharing a three-way kiss with actress Tessa Thompson in Sydney in May. Thompson plays Valkyrie in the Marvel Cinematic Universe film “Thor: Love and Thunder,” directed by Waititi.

Waititi defended his moment with Ora and Thompson in an interview with the Sydney Morning Herald in June.

“I think in the world of the Internet, everything goes away pretty quick,” he said. “And also, ‘Is it that big a deal?’ No, not really. I was doing nothing wrong. It’s fine.”

“Thor: Love and Thunder” opens in theaters in May 2022. Ora last released the EP Bang with Imanbek in February 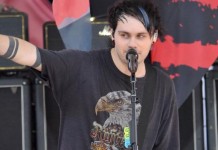