Nov. 8 (UPI) — British vocalist Terence Wilson, known professionally as Astro, has died after a short illness, his band announced. He was 64.

Wilson was a founding member of reggae pop band UB40, which was known for its hit covers of “Red Red Wine” and “(I Can’t Help) Falling In Love.”

“We are absolutely devastated and completely heartbroken to have to tell you that our beloved Astro has today passed away after a very short illness. The world will never be the same without him. We ask you to please respect his family’s privacy at this incredibly difficult time,” the Twitter account of Ali Campbell and Astro said Saturday.

No other details about his death were immediately disclosed.

Wilson and Campbell performed with UB40 for more than 30 years, then split off on their own from their fellow bandmates in 2013 and have since been legally fighting over who had the right to use the group’s name.

Wilson and Campbell were known in recent years as UB40 featuring Ali Campbell and Astro.

Brian Travers, another member of the band, died of cancer in August at the age of 62. 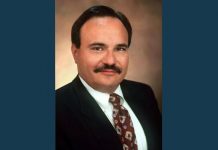