“The film is a go and has been approved by the Warner Bros. team, we have talked with the cast members we wanted for the film and they are all on board, this includes both Winona and Michael,” Burton said to Showbizspy confirming that original cast members Michael Keaton and Winona Ryder would be returning to reprise their roles as Beetlejuice and Lydia Deetz.

“We have the script in hand everything is in place all we need to do now is get ready to start filming,” he continued hinting that the film could enter production soon.

Warner Bros. has to yet to comment on the film or confirm any recent developments for the long-rumored and often discussed film.

Ryder also confirmed the existence of the sequel back in August of 2015 while appearing on Late Night with Seth Meyers. “I think I can confirm it because Tim Burton did this interview,” she said at the time.

“It was very ‘hush-hush, top secret, I don’t know what may happen,’ and then he was doing some press for Big Eyes … and said on camera, ‘Oh yeah, we’re doing it and Winona’s going to be in it.'”

Released in 1988, the fan-favorite Beetlejuice features dead couple Adam and Barbara Maitland (Alec Baldwin and Geena Davis), hiring the supernatural titular character to scare away Lydia and her parents (Catherine O’Hara and Jeffrey Jones) from their home. 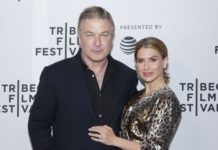 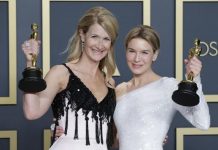 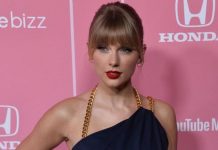