LOS ANGELES, Sept. 11 (UPI) — Tom Hanks and Ellen DeGeneres did the voices of their iconic characters Woody and Dory in a “Pixar-Off” on DeGeneres’ television talk show Friday.

The 3 1/2-minute clip, in which the audience and viewers were urged to cover their eyes so they could imagine the actors as their animated alter-egos, has already gotten about 1.6 million hits on YouTube and has been trending on social media all weekend.

The pair delighted the studio crowd by acting out a brief, vocal adventure in which Woody the heroic cowboy from “Toy Story” and Dory the forgetful, blue tang fish from “Finding Nemo” and “Finding Dory” team up and try to find Woody’s hat.

Hanks then asked DeGeneres if she could black out the screen, so people would only experience their characters’ voices and not see the actors providing them.

“No, we can’t do that. It appears people turn the channel if they see nothing,” DeGeneres told him.

Hanks can now be seen in the big-screen drama “Sully.” 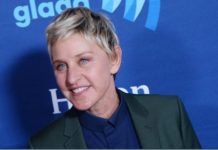 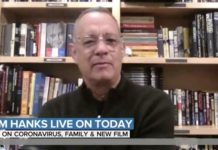