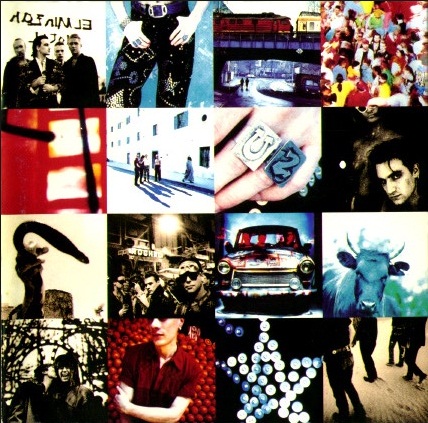 U2 Invades iTunes; Then Sticks it to Us With Ticket Prices

You’d think since U2 forced their new album on all of us, their world tour tickets would be a little more affordable, but that’s not happening. Some tickets cost hundreds of dollars.

It’s getting heated up in this internet place, you guys! Last week, U2 announced their epic iNNOCENCE + eXPERIENCE world tour — which starts off in Canada — and it has quite a few people up in arms.

Not only is the world still recovering from the ultra-invasive U2 and Apple collaboration, which fondled every iTunes account with a copy of Songs of Innocence, but the band is basically charging a Fabergé egg-worth for their tickets. The tour kicks off in Vancouver and tickets are selling from $40 to $300.

Maybe they’re making up for giving away their new album for free.U2’s move to drop their record on the playlists of millions of iNNOCENT (see what we did there?) iTunes users was deemed desperate and the fact that the band has not released any incredible music in decades simply lit the fuse.

As Brendan Kelly eloquently put in the Montreal Gazette: “U2 hasn’t released anything approximating a good album since Achtung Baby in 1991. That’s 23 years ago, if you’re counting, and it puts the band in almost-Rolling Stones-like territory — a rarefied place reserved for old rock bands selling out arenas and stadiums coasting on their fans’ nostalgia.”

So, is this iNNOCENCE + eXPERIENCE tour worth the ticket price? We turned to Twitter to see what the Twitterverse had to say about it. It turns out the consensus is similar to the iTunes debacle — no one is happy about it.
[one_fourth]

If @U2 could lower their concert ticket prices that would be cool. #collegegirlonabudget

Dear @U2 can you please justify the ticket prices for next years tour?!! Steep is not the word – Vertical would be more apt!! #Owmuch

Has anyone checked out the ticket prices for @U2 tour in 2015? Talk about mortgage payments 2 see a band live #ouch #highprices @Q107Toronto

Ya know @U2 your ticket prices are outrageous @ $312! U have a thing or 2 to learn from the @foofighters who don’t gouge their fans2the bone